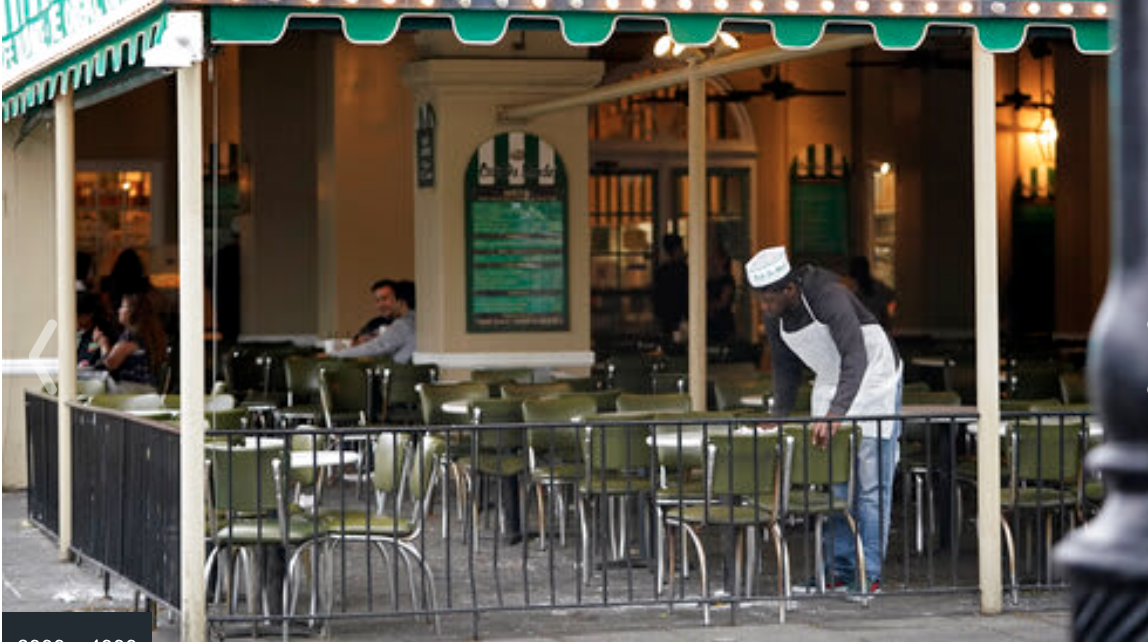 Restaurants continue to grapple with the aftermath of COVID-19 as surging prices, supply chain headwinds and labor shortages compound an already struggling sector.

“This is the toughest operating environment I’ve ever seen for this industry…and I haven’t seen anything loosen up yet,” AJ Kumaran, Raising Cane’s co-CEO and COO, told Yahoo Finance in a new interview.

Labor has been one of the most difficult obstacles for restaurants to overcome, with nearly half of all operators citing recruitment and retention as top challenges for 2022, according to a recent report from the National Restaurant Association.

In fact, the trade group noted that the restaurants-and-accommodations sector had a whopping 1.7 million job openings during the middle of 2021 — the highest number in the 20-year history of the data set.

Kumaran explained how Raising Cane’s was able to buck the trend, revealing that the chicken finger chain was the “first company to announce that we will never lay off one person on our team. And we never did.”

To combat potential labor shortages, Raising Cane’s kept pay competitive by investing over $100 million in wages, in addition to ensuring a culture that Kumaran described as “cool” and “fun.”

Raising Cane’s was one of only three restaurant brands named to Forbes’ “Best Employers For New Grads” Top 100 list. Additionally, it landed on Glassdoor’s coveted “100 Best Places to Work in the U.S.” list in 2021 due to its “fast-paced, fun culture and growth opportunities.”

“We have over 550 restaurants, and every market was hit in some way by the labor shortage,” Dickey said, adding that, although it’s an area that’s slowly recovered, it’s still “nowhere near where it was pre-pandemic.”

“We are still experiencing labor shortages, staffing shortages, and, even folks that have returned to work, they want to come back with reduced hours,” she continued.

Although dine-in and to-go pickup ordering have seen comebacks in recent months, Dickey credits contactless delivery and online ordering as key components to surviving the pandemic.

“We saw 300% growth in online ordering at its peak,” Dickey said, adding that the company’s online sales channel went from 8% pre-pandemic to a whopping 98% at one point.

Due to the surge, the company has continued to reinvest heavily in its technology and digital sales channels, such as upgrading its website and app, adding other payment options like Apple Pay (AAPL) and PayPal (PYPL), and improving its online loyalty program.

Dickey agreed, explaining how the barbecue chain was forced to create its own production plant after their top sausage supplier revealed they could no longer keep up with demand.

“They estimated 24 months at a minimum before they could possibly come back to capacity,” she explained.

The supply chain has worsened amid rising inflation, adding more headaches to businesses that were already operating at razor thin margins.

Costs for basic food items like chicken, ground beef, and cream cheese have seen significant upswings since the start of the pandemic, rising 3.4% on an annual basis in 2020, and 3.9% in 2021 — a significant gain compared to 2019’s 1.9% rise, according to the Consumer Price Index (CPI).

The latest CPI print rose 8.5% in March compared to the same month last year. That marked the fastest rise since December 1981, and followed a 7.9% annual increase in February.

“The cost of goods has gone up tremendously — over 70% inflation on some of the food items,” Kumaran lamented. He revealed that Raising Cane’s will once again raise prices in order to maintain operations and quality. Those price hikes are expected to hit menus in May.

“It makes me sick to my stomach to raise prices,” the executive admitted. Yet, he noted it’s a business decision that had to be made in order to keep on staff and remain profitable.

Laura Dickey also cited profitability and quality as catalysts for the BBQ company’s November 2020 price hikes. Future cost increases are not off the table, either.

“The swing we’ve seen is between 8% and 13%, depending on the items, but we have a net average of 8.6% inflation across all of our ingredients, and all of our products,” Dickey revealed.

“There’s an amazing amount of stress in purchasing behavior,” she said.

‘We’re just getting warmed up’

Despite all of the challenges plaguing the sector, the restaurant industry has remained resilient.

“The consumer has documented quite well over the past couple years that they enjoy and will continue to use restaurants in their daily lifestyle,” Hudson Riehle, the trade group’s senior vice president for research, previously told Yahoo Finance. He noted increased pent-up demand that shows consumers view dining out as an “essential part of their lifestyle.”

Eateries are responding with rapid expansions.

“We want to continue growing restaurants all over the world, and continue to be a brand with a great crew, a cool culture and the best craveable chicken meal. We want to be actively involved in every single community,” Kumaran emphasized.

He added, “There’s a long way to go…but I believe we’re just getting warmed up.”